When a grocery store means everything. Fields Foods opening in Pagedale in January 2023. 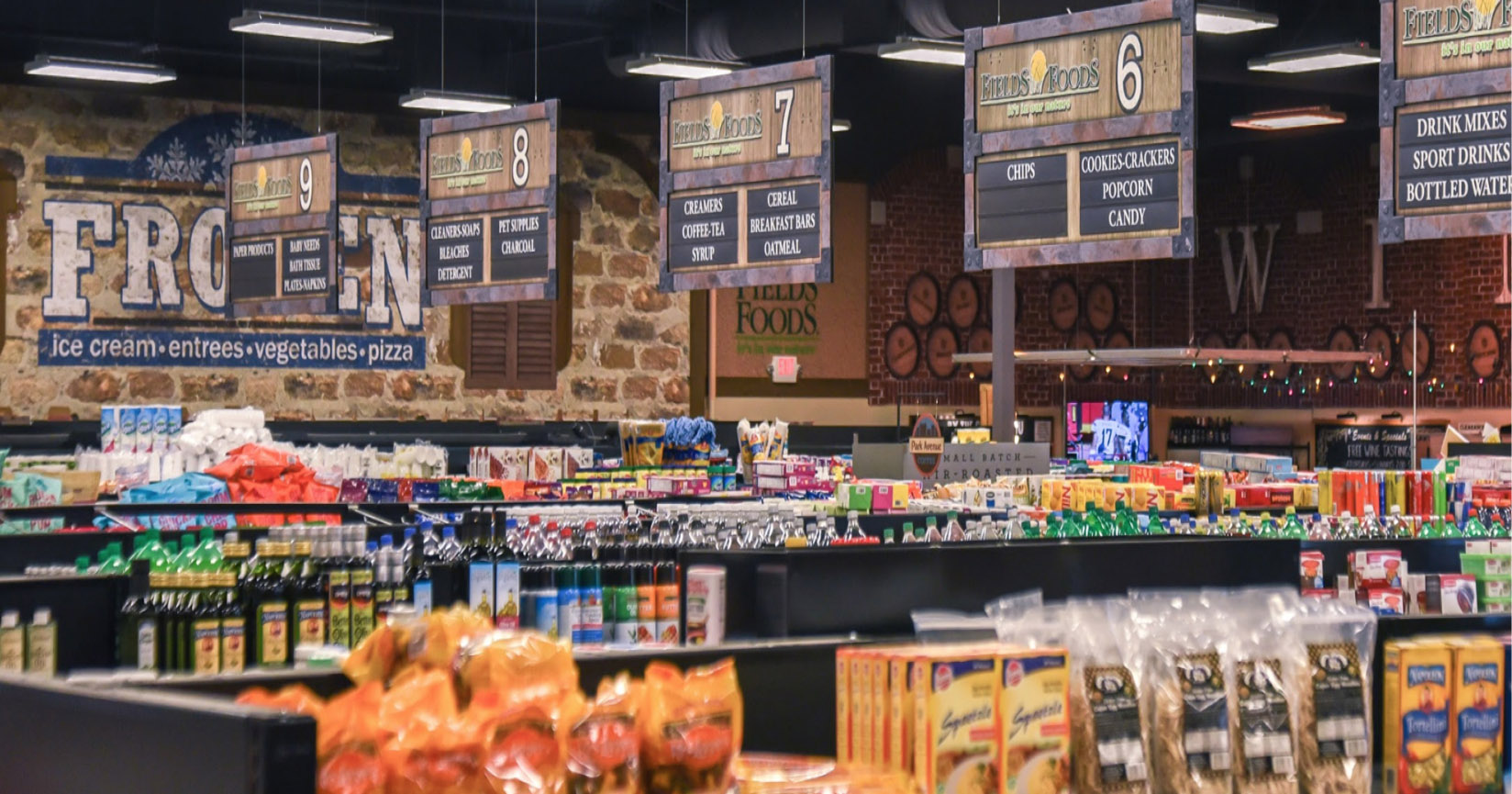 When the Save A Lot in Pagedale closed in November of 2021, it was a major blow to a community that had worked hard to bring the kinds of things to Pagedale and the surrounding communities that are commonplace most anywhere else. Like a grocery store.

Opened in 2010, the Save A Lot was the first grocery store in Pagedale in over 40 years, transforming what had previously been a food desert. The significance was greater than a grocery store. It was a tangible sign that things were changing for the better.

In 2008, Beyond Housing—a comprehensive community development organization behind the Once and for All effort to transform the under-resourced communities within the Normandy schools footprint, also known as the 24:1 Community—began working in partnership with residents and community leaders to combat the serious challenges facing the community. That work now spans many fronts from housing to education, health, municipal government, economic development, and more. The comprehensive effort has created significant progress with more than $175 million raised and invested in the community since 2010.

Among the many initial challenges was the disinvestment from businesses over the years, which meant that people had to travel far outside of their community to get even the basic essentials—like groceries. “Healthy, vibrant places have things people need and want,” said Beyond Housing CEO Chris Krehmeyer. “Something as simple as a grocery store, especially in a community that had long been a food desert, can have a tremendous impact in community pride and how positively people feel about where they live.”

The Save A Lot was an early lynchpin in Beyond Housing’s extensive economic development of Page Avenue which today includes a movie theater, retirement center, Midwest BankCentre, Affinia Healthcare and BJC HealthCare facilities, a senior living center, and most recently, Carter Commons—a $6.5 million, 20,0000-sq-foot development opened in June of 2021 that is home to a food hall, retail, and several Black-owned businesses.

Optimism was riding high with the grand opening of Carter Commons. Just a few months later, that optimism was put to the test when Save A Lot, now owned by a group of out-of-town investors, announced it was closing the Pagedale store despite strong sales.

Beyond Housing and community leaders were determined to make the setback temporary. Leadership from Beyond Housing approached several local grocery businesses about moving into the former Save A Lot. “We spoke with several great companies,” said Krehmeyer. “For some, either it didn’t fit their business model or would cannibalize sales from an existing store nearby.”

One grocer that stood out was Fields Foods. Founded in 2014 by local entrepreneur, real estate developer, and former president of the St. Louis Board of Police Commissioners Chris Goodson, Fields Foods had steadily grown to three stores after opening its first location in Lafayette Square.

After their initial conversation in 2021, Goodson thought the opportunity seemed perfect, but, unfortunately, the timing wasn’t right. He was already working to open a fourth Fields Foods location in Dogtown and was concerned about expanding too quickly. Krehmeyer and Goodson agreed to keep the conversation going. Roughly one year later, the two struck a deal for Fields Foods to open in the former Save A Lot in Pagedale.

An alignment of values

From their first conversation, Krehmeyer and Goodson sensed their values were strongly aligned. In contrast to the out-of-town ownership of Save A Lot, Goodson is St. Louis born and raised and is committed to the success of St. Louis and the communities Fields Foods serves. Goodson got into the grocery business by necessity. Before starting Fields Foods, he spent several years as a real estate developer rehabbing abandoned, blighted properties and converting them into condos. His largest development is the renovation of the old City Hospital in Lafayette Square into the Georgian Condominiums which opened for residents in 2005.

Like Krehmeyer in Pagedale, Goodson knew that having a grocery store in the area is vital to ensuring the long-term success of the community—which is what led Goodson to open his first Fields Foods store directly across Lafayette Avenue from the Georgian.

What sets Fields Food apart is its business model, the quality of its stores, and Goodson’s willingness to open in areas where other grocers won’t. Goodson designed Fields Foods to serve people with a variety of incomes, with products from economy staples at lower prices to high-end items. “Our stores are for everyone. Whether you’re a bus driver or a hot-shot lawyer, we have everything you want,” said Goodson. He is also a strong believer in the power of three. One-third of the store is dedicated to healthy and organic products, one-third sells produce, meat, and other items from local providers, and the other third provides comfort food.

Goodson also believes that doing good is good for business. “Black, white, rich, or poor, we all want the same things: a roof over your head, food in your belly, and to feel safe.” Every Fields Foods store strives to hire its employees from the surrounding community. Goodson said that Fields Foods has already held a job fair in Pagedale and has hired roughly two dozen employees.

One step backward and a giant leap forward

To say that Krehmeyer and his colleagues are excited about the Fields Foods opening, tentatively scheduled for mid-to-late January, would be an understatement. More specifically though, Krehmeyer is excited to see the reaction on the faces of community residents when they visit the store. Fields Foods will provide more than a replacement for the former Save A Lot—it will be a major upgrade.

The Fields grocery stores are as pleasant and appealing as any you will find in the St. Louis area. In addition to full-service deli, meat, and seafood counters, the Pagedale location will have a large prepared foods department and even a wine and beer section with periodic tastings. Goodson also mentioned a new offering called “Fresh Op” that will provide healthy, EBT-eligible prepared foods for people on the go.

It’s a recipe that makes Fields a perfect fit for shoppers in lower-income neighborhoods of the 24:1 Community and also residents in its affluent areas like Pasadena Hills and Bel-Nor.

“It’s is a testament to the perseverance of this community,” said Krehmeyer. “The people here deserve this. Having a grocery store that’s every bit as nice as stores in other areas is a big statement that this community is on the rise.”

Goodson is equally excited. He has come to see himself as a community developer who happens to specialize in grocery stores.

Something that, for the people of the 24:1 Community, means everything.